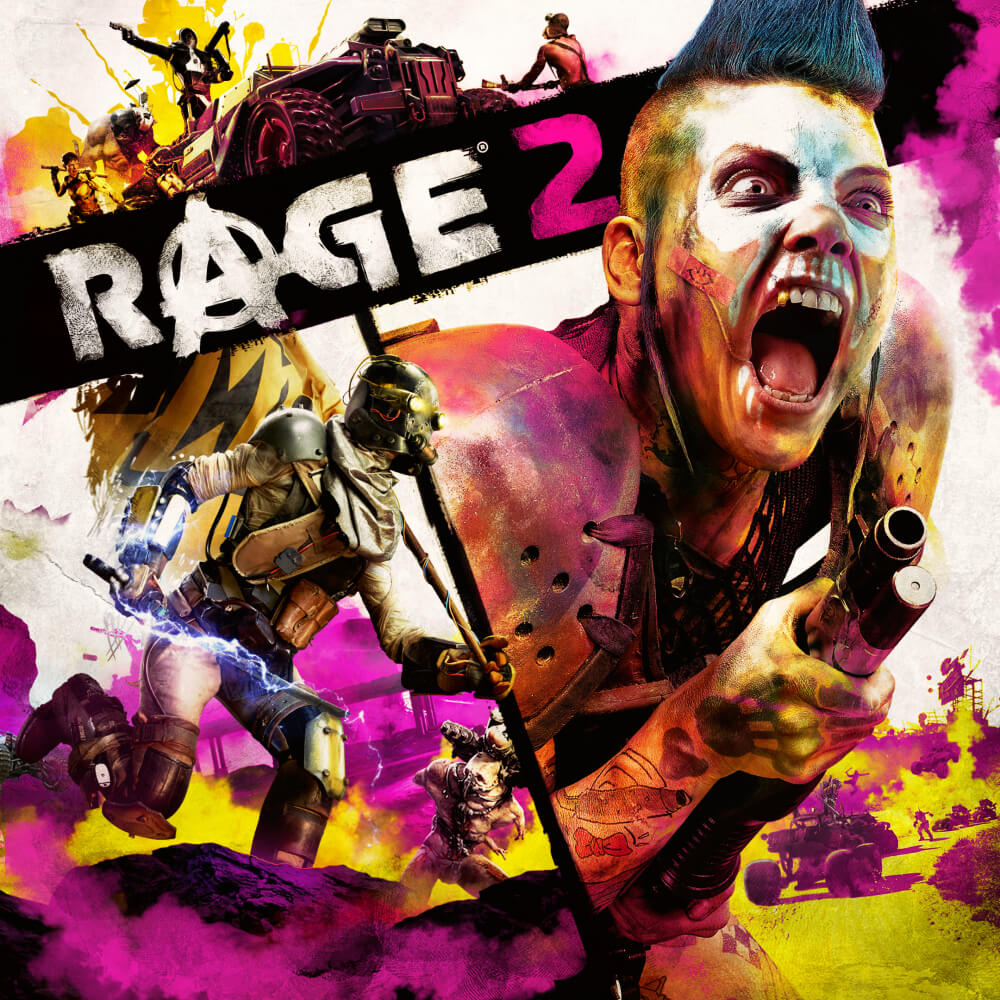 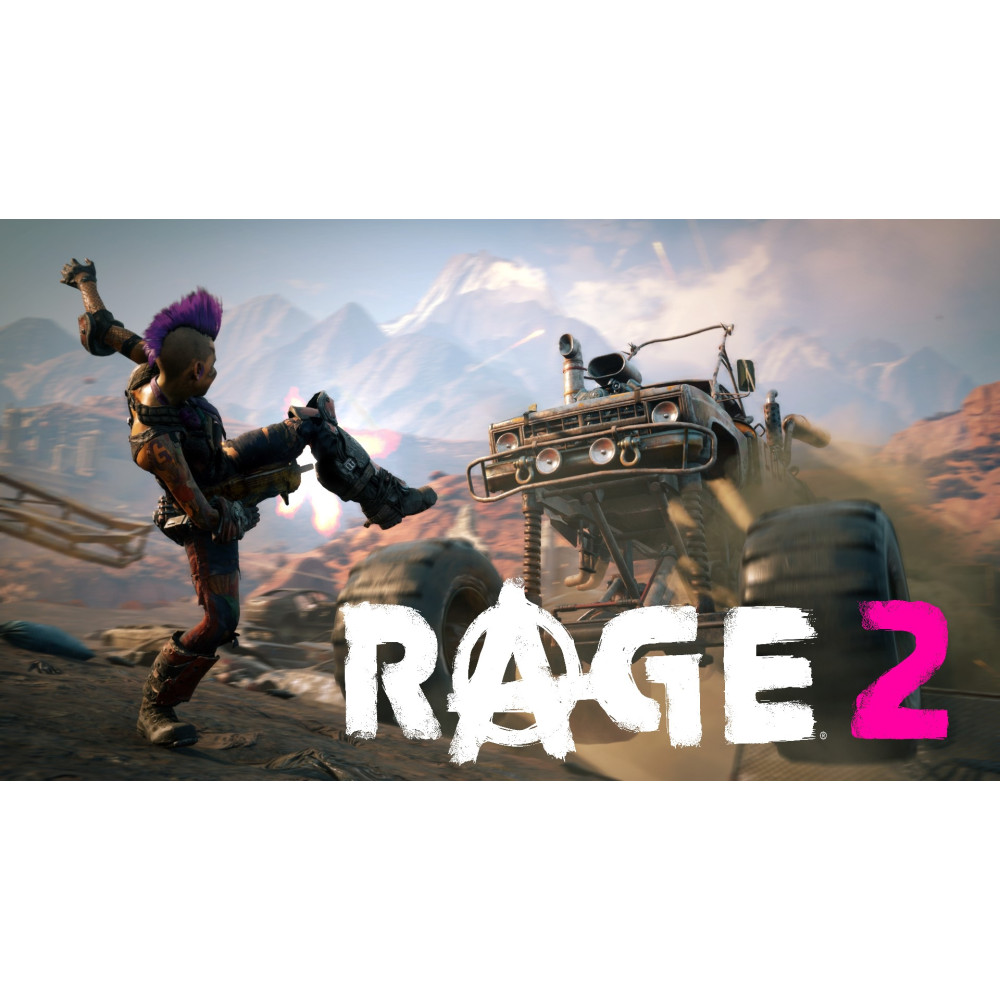 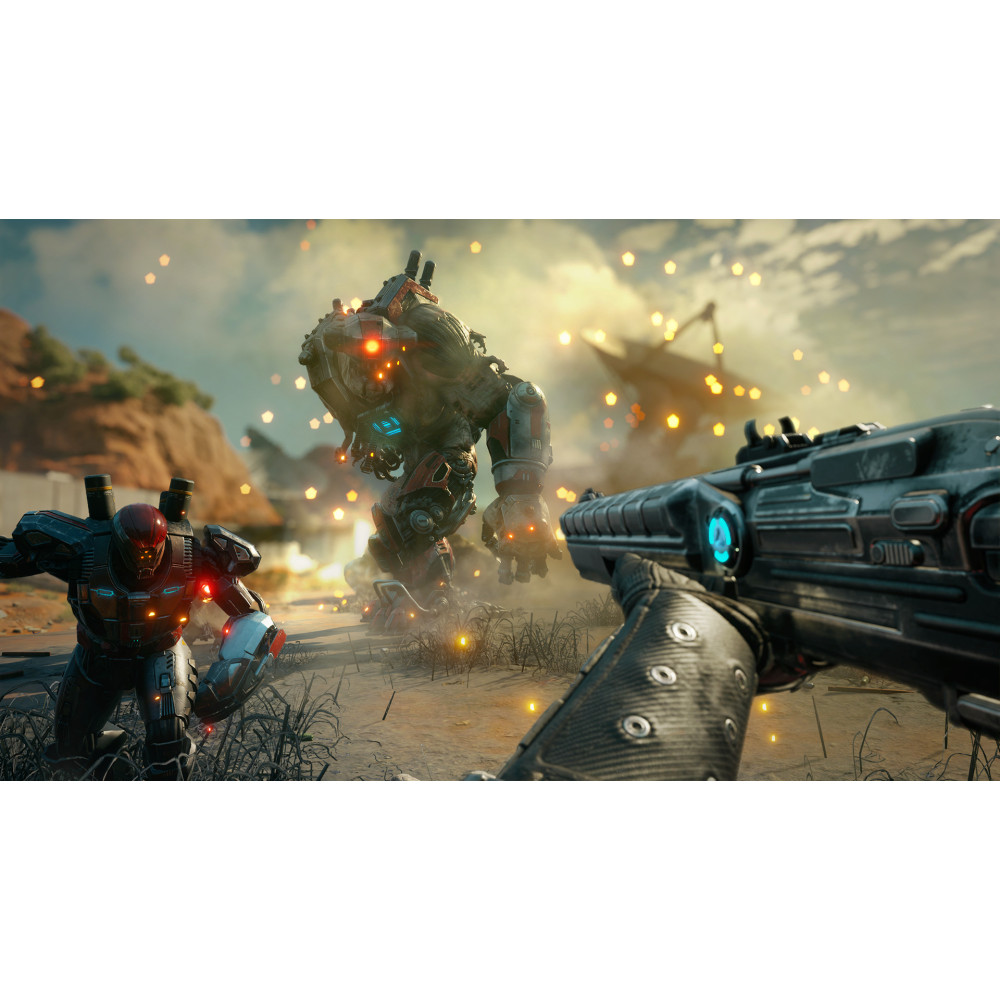 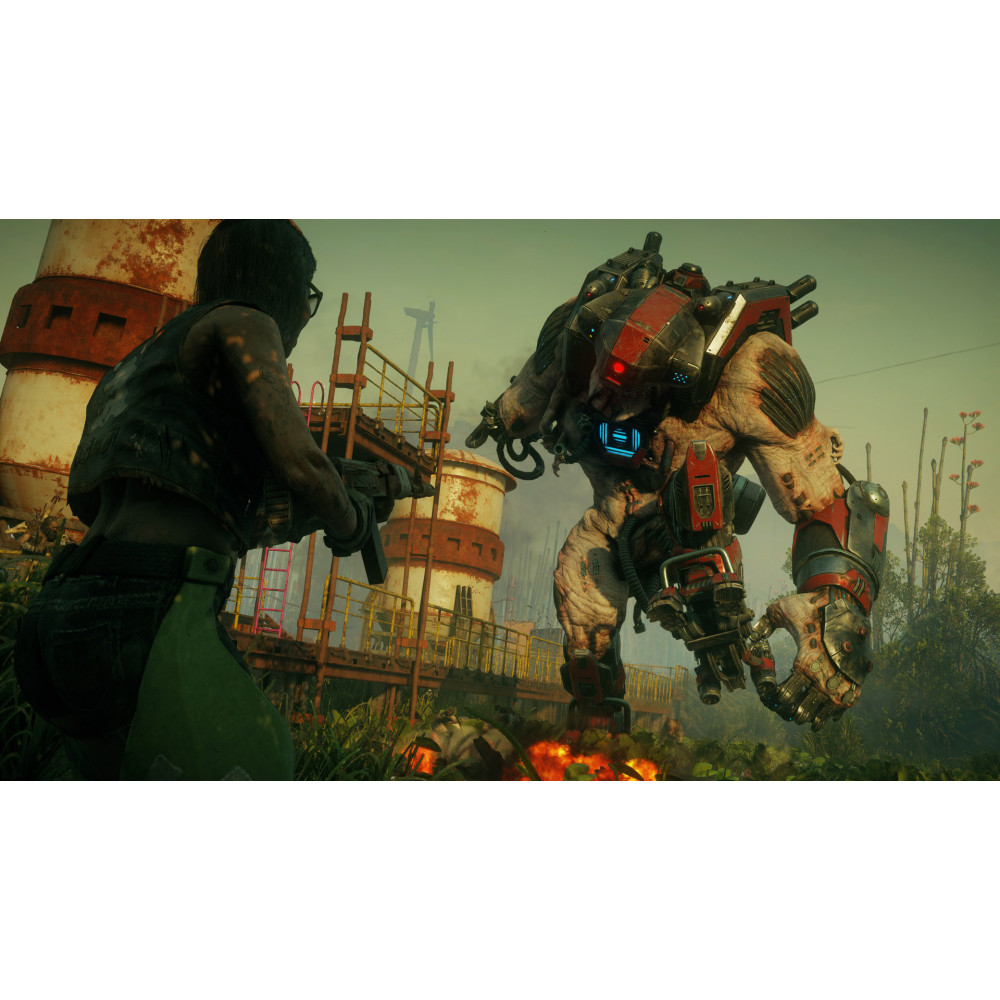 Rage 2
The game Rage 2 is a product of Id Software, Avalanche Studios, which became the second part of the open world joker, in which all actions take place in the first person. They say that this is not just a continuation of the previous version, but a realization once conceived, which could not be done on the old engine.
The storyline is built on the unfolding of events after three decades after the actions of the first part. The main face of the game is Ranger Walker and his horse named Phoenix, which appeared from a capsule hidden in a dungeon. Here the players are especially pleased with the possibility of customizing the mechanical monster. The protagonist gains the ability of a strong power push Shatter, which breaks into small parts of enemies, has the ability to jump up and hit the ground with a fist Slam, while blowing acoustic waves. For the indicator of energy is responsible Overdrive, the scale, filled with the destruction of enemies. With the speed of destruction of the enemy, the number of points on the "overdrive" increases.

The plot and features of the game
The weapon that embodies the essence of the shooter is a shotgun. Initially, Rage 2 protagonist Walker is a ranger ranger, presented in both male and female appearance, depending on personal preferences, he finds a shotgun, which is hidden in the Ark (the newest civil defense shelter that protects against the fall of the asteroid). When planning to, you should know that the game has many problems, including an obscure open world, a poor story, a difficult technique control, but all you have to do is hear this shotgun! You just need to use it in battle and realize that this is a quality FPS.
Shotgun is a semi-automatic means for mass destruction. He is too noisy, cruel. By releasing a charge of canister into the enemy, you can feel the strongest return in your own body. However, the player will necessarily mark an alternative shooting mode, which can be activated by prolonged pressing the right mouse button. The accuracy increases, the force of the strike increases markedly. Powerfully throws enemies through the railing, into the walls, from the cliffs. This function is needed to stop the Government - numerous mutants who are engaged in looting on the planet damaged by an asteroid.

The primary motivation in the game Rage 2 - the victory over mechanical mutants, General Cross, who is their leader. Also fascinating and clashes with groups of raiders, gangsters. Stories here are not given much importance. Here fights are the core of action, the reason to continue the game.

If you are going to pc, you know that this is an excellent shooter, but it is brutal, like a shotgun, is only a part of the whole picture. With the discovery and discovery of the “Arks”, which are scattered around the planet, it will be possible to obtain parts of the technology that can be presented in excess of the ability. Some of them are classic, for example, a double jump and the ability to fly through the air for a few seconds, while you are aiming. However, other actions are proposed that are much brighter.
Many players like Slam. You can use it when you are above enemies. Together with the landing there is a powerful shock wave. Those who find themselves in the epicenter will immediately die, while others will fly up into the air like terrible textile dolls. The shock wave will be stronger if you climb as high as possible. Since Rage 2 is a project where nimble and powerful enemies are located all along the perimeter, the function under the name “Slam” turns into an effective method of controlling characters.

If you manage to provoke a great chaos, you can press V and thus turn on the “afterburner” mode, with which the weapon’s shot becomes stronger, the health is restored, and the abilities are returned. In addition, it is allowed to install special defensive energy shields, to send a whirlwind onto the battlefields, which will drag out numerous opponents. These abilities, including the meaning of equipment, weapons, have their own tree of improvements.After you decide to steam for rage 2, you will have access to personalization and the ability to adjust any situation in a battle in an unlimited number of ways. In the list of other supernormal abilities is listed and "crushing". With its help, you can fly into the enemy with overclocking, destroying his armor, or kill him, when he is very close.

Over the course of the game, a lot of things increase: abilities, weapons, upgrades. The pleasure of fighting grows significantly. After downloading the game rage 2, you need to a key. This is the only way to get all the possibilities of the battle, to feel the battle to the fullest and their atmosphere.
It is worth noting that the default skills are scattered around the keyboard uncomfortable. To activate them, you need to hold the CTRL, and then you should press on another button. In words, this may not seem difficult, however, in the mass of chaotic, active shooting, when you need to quickly run, move, it is not easy. But there is good news, the layout is amenable to change.
Gamepad and locations
The interface of the game Rage 2 is sharpened under the gamepad. Here the menu navigation with the mouse is partially clumsy. Changes appeared after the premiere of the first Rage. The developers created a technology for getting an open world, uninterrupted by unnecessary loading screens. They also decided to create a world without downloading. The task was not easy, but with a large logistics base, the creators managed to realize an important detail.
Having decided to, be prepared for the fact that the game is not distinguished by high originality. Of course, the developers were inspired by Fallout and Mad Max, but in this computer product everything is obvious and trite. Similar deserts and parking. In turn, the world and the plot can hardly be called deserted and boring, because here you can always take a character with something, including picking up items and large-scale battles with mutants and raiders.

RPG components
In the game Rage 2, as well as in other recent open world games, the hero upgrade feature works. With the help of an easy but understandable system, you can make the best weapon use skills, develop supernatural abilities in actions, such as telekinesis. It is worth saying that significant success can be achieved by alternating shooting skills, using special abilities. So you can easily adapt to the battles, effectively and vividly lead battles with enemies.
Sound and pictures
If we talk about graphics, the pictures are of high quality and attractive, they meet the latest standards of a good game. To see this, you can by clicking on the link. The game has bright, atmospheric locations, high-quality animation, impressive special effects, especially in battles. The actions look very impressive and will not disappoint fans of excellent graphics.
The sound in the game is made at the advanced level. In carrying out the mission, you can enjoy the sound of each weapon, the rupture of the enemy's head. Additional dynamics and atmosphere gives a dynamic soundtrack.
Rage 2 is a colorful example of the latest computer gaming products. The game is an open world, familiar settings, a simple plot, exciting and interesting gameplay.